We Did Not Sink

You'd think from the amount of time it's taken between my last post (when we were on a cruise in the Gulf of Mexico) and this post, that we'd suffered some sort of nautical catastrophe, but alas, that is not the case.  It's been a month and there have been three weeks of catching up combined with one week of being down with the flu and here I am.

I have been knitting the whole while, although I must admit that when I was down with the flu, it was hard to do anything but sleep and feel generally miserable.  I have, however, developed a small pile of stuff to be blocked: 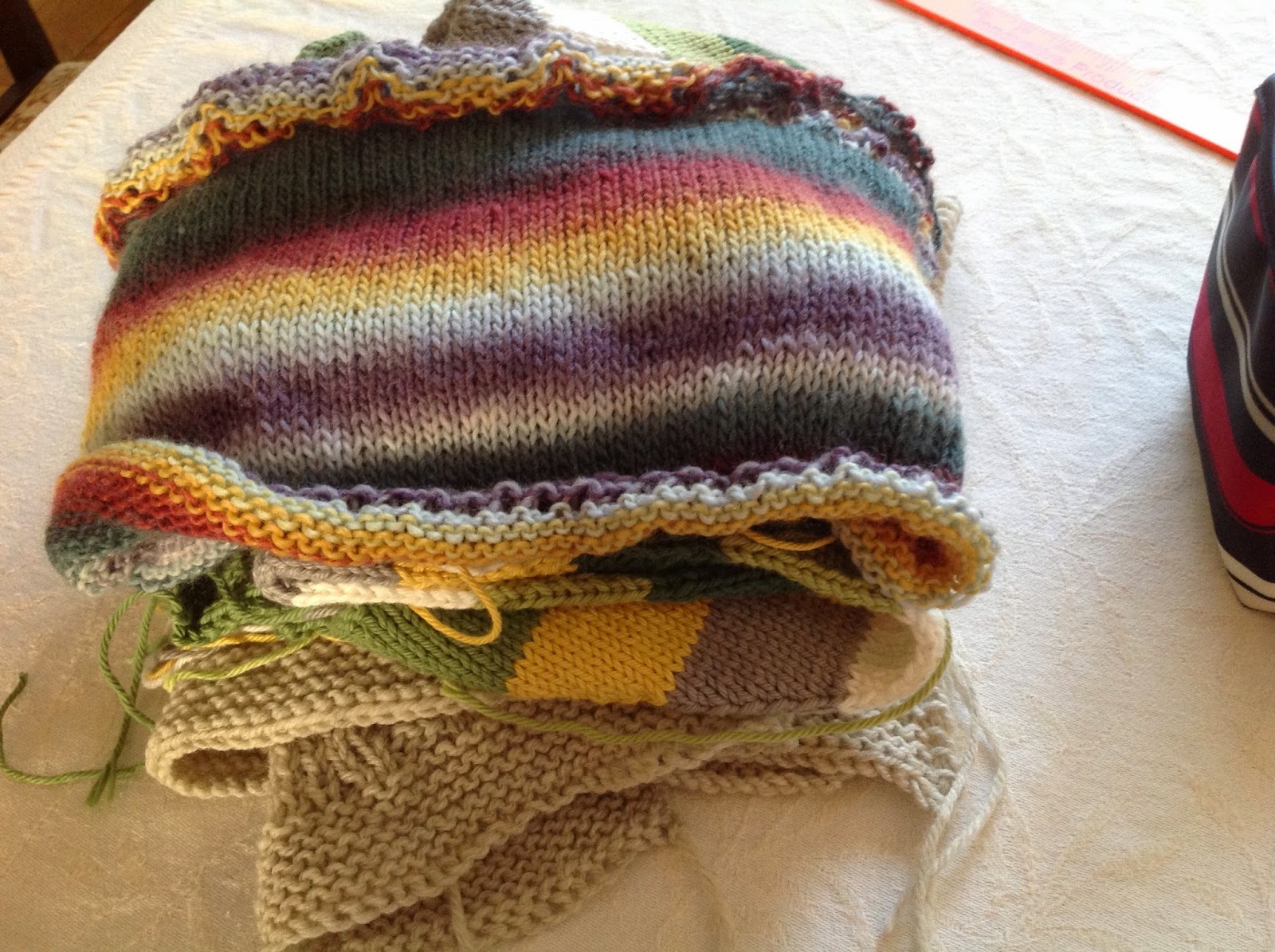 This stack includes two baby blankets for the coming grand baby (details later) as well as the Gothica shawl I started while on the cruise.  This is what the shawl looks like pre-blocking: 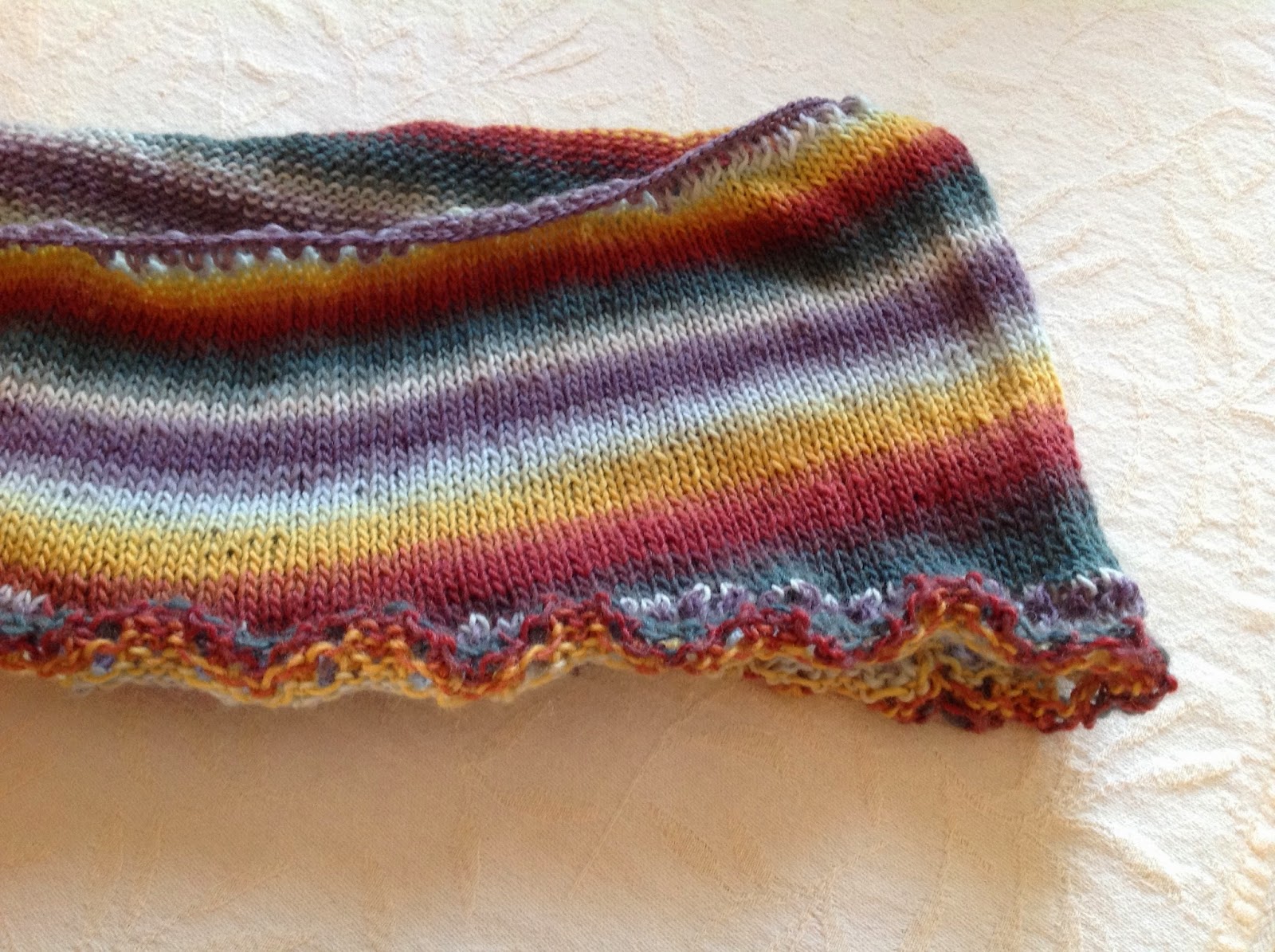 I really like the colors and I have another skein of the Knit Picks Chroma in a different color way with which I'm sure I'll find something to make that I can't live without.  :D

I've also got the requisite pair of socks on the needles, although the progress has been slow just because I've been caught up in grand baby stuff.

While I had the flu, I also managed to begin the smallest start to a sleeve for my Steampunk Pullover.  I love this yarn.  It is so soft.  Can't wait to get the project finished.  You'll notice I've cast it on using the Magic Loop method.  I'm officially addicted.  DPNs?  What DPNs? 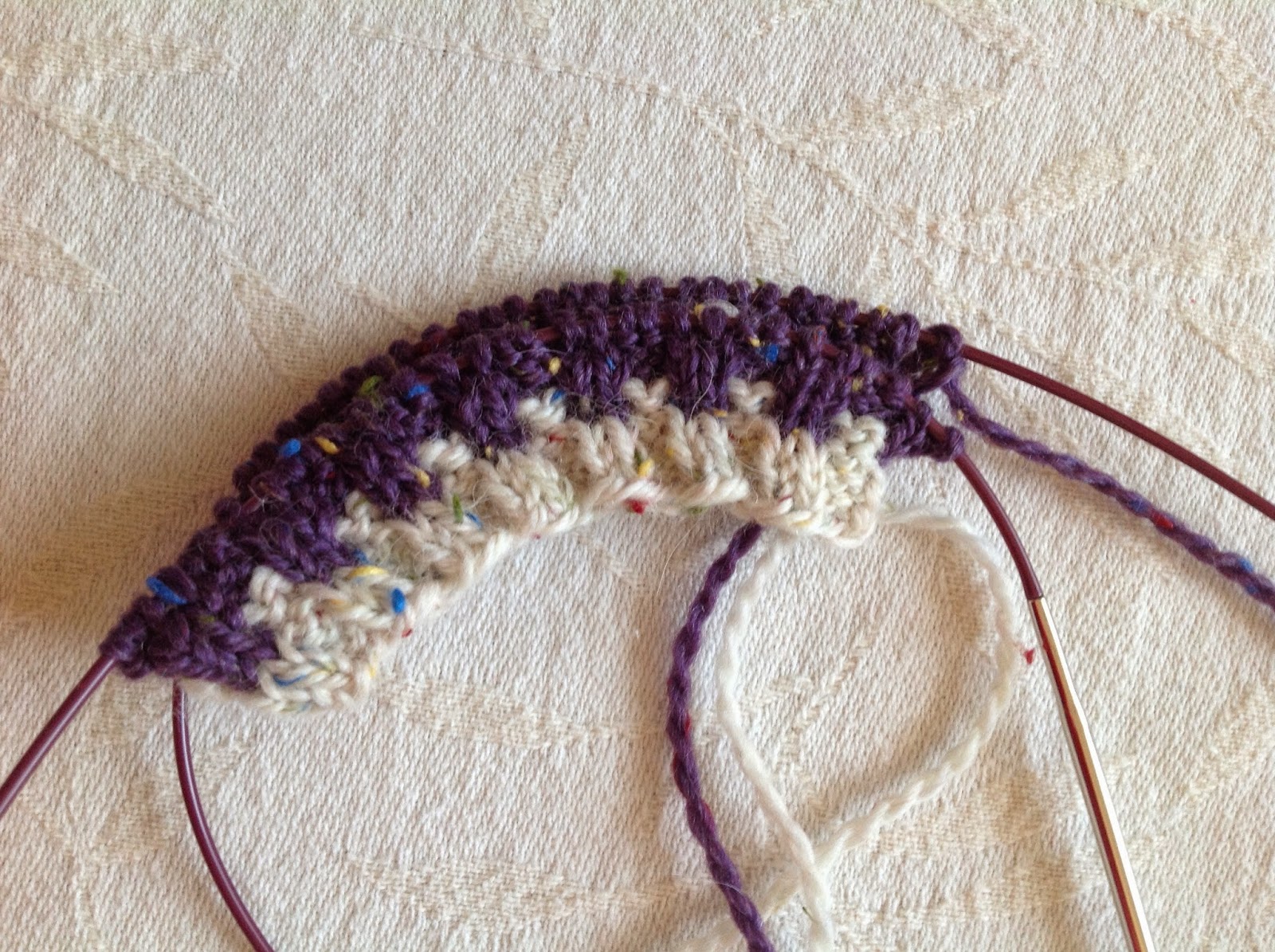 The latest cast on is a Do-It-Yourself Peasant Cap by Melody Parker Narvaez.  One of my newest co-workers, Kimberly, has a friend who was recently diagnosed with a cancer requiring chemo.  I am thrilled Kimberly asked me to put together a chemo cap and she picked this particular pattern. It starts with a really long band that will be a tie for the cap. 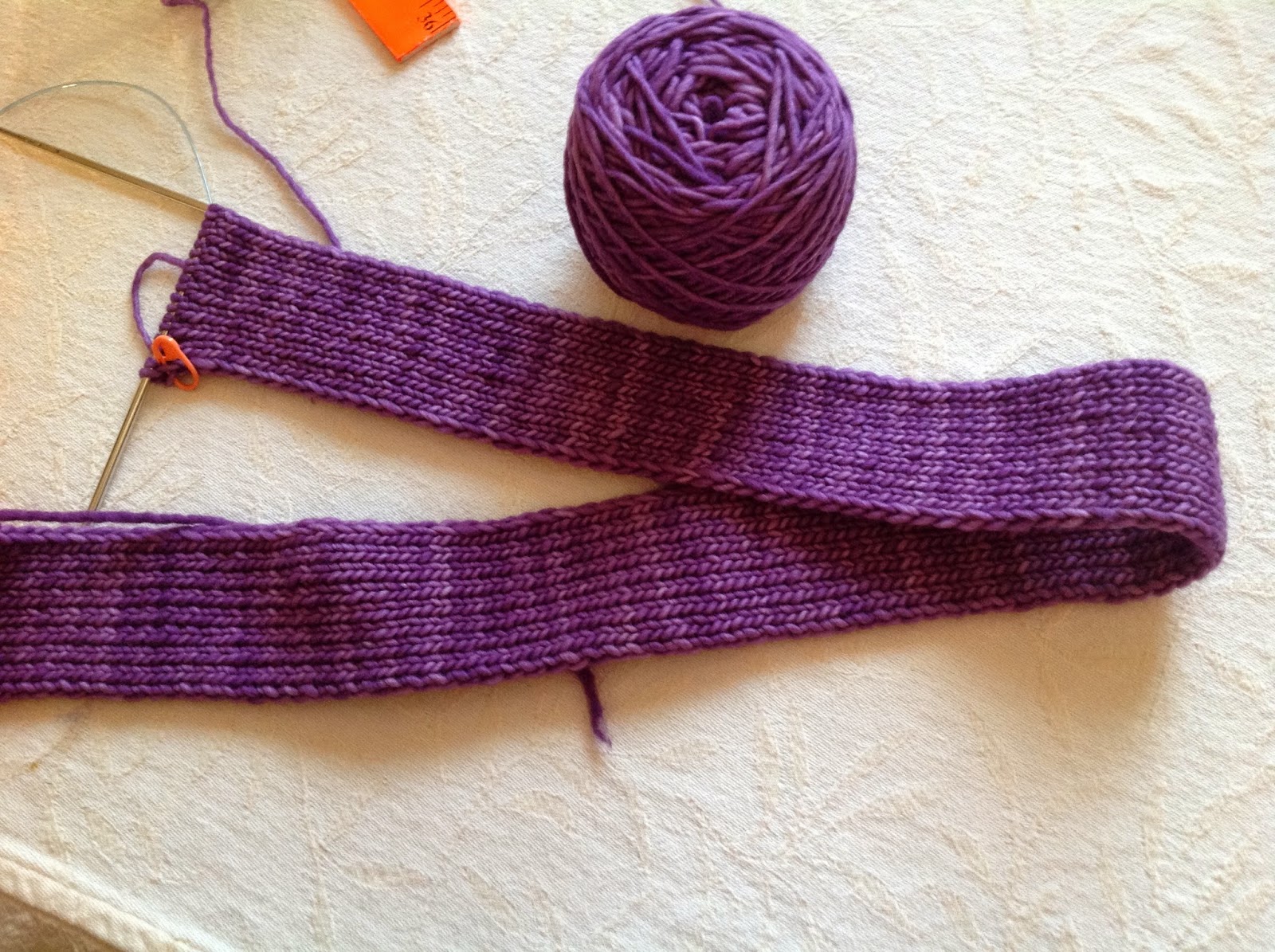 Kimberly has asked to learn how to knit as well, so I'm looking forward to helping her take the plunge into the fiber universe.  She hopes to knit a cap for her friend herself.  Any suggestions for a pattern for beginners for her?