A Certain Level of Maturity

It pains me to admit it, but I seem to be dealing with the real effects of...ahem...maturing. There have been several clues in my everyday living that are pointing in this direction, not the least of which was when last week, after looking back over my last few blog posts, I realized I had titled two blog posts exactly the same.  Within two months' time.  Um...yeah. 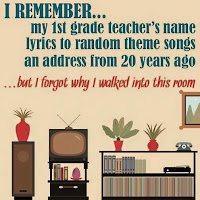 There have been other signs as well, but most have been subtle enough that I just pretend they don't exist. Like the fact that I've progressed from forgetting why I walked into a particular room to forgetting why I just got up from my seat.  My train of thought derails that quickly.  I'm sure it's because The Husband distracted me with something ridiculous, you know, like breathing. 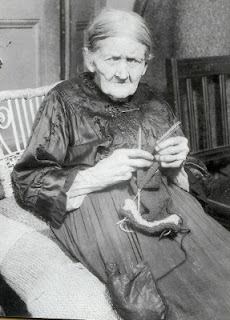 And there's the "Grandma Naming Syndrome".  I call it that because my maternal grandmother manifested this from time to time, scrolling through several family names as she called for me before she landed on my actual name:  "Hey Linda...um, Lori...er...LISA!"  I am officially a grandma now, so I suppose it was inevitable.  But since I only have one grand baby so far and she lives in another part of the country, my syndrome affects the 5 dachshunds in the house that I keep in an almost perpetual state of confusion, as they are all aging too.

The absolute worst part of this process, however, has been the putting on of weight around my middle.  Aside from the obvious problem this creates - no longer fitting into my existing clothing - this has put a serious kabosh on certain quantities of yarn I purchased prior to the weight gain.  I no longer have enough for that sweater I was going to make (eventually) out of that yummy merino or that lovely summer top out of the gorgeous cotton-linen blend that I found at the bottom of a sale bin and will never find any more of again EVER.  I suppose it serves me right for procrastinating on those projects.  Then again, if I'd knit them then, they wouldn't fit now anyway.


"I will always buy extra yarn. I will not try to tempt fate."
- Stephanie Pearl-McPhee, At Knit's End: Meditations for Women Who Knit Too Much

And so, after over 6 months of ignoring the weight and waiting for it to drop off on its own proved futile, I decided to do something productive.  I have begun a new exercise regimen and have started tracking what I eat and choosing healthy foods, watching my portions, and cutting down on snacking.  I've been at it a week and I've lost a whopping ZERO pounds (not that I'm impatient or anything). Every muscle in my body is sore and I now hate my virtual workout instructor and tell her so on a regular basis.  But...MERINO.

Some things are worth the pain...