A Lack of Feeling 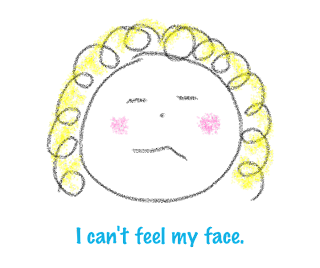 There's something very disturbing about not being able to feel part of your face.  Yes, I've been to the dentist again this morning for trip #2 out of 3 in my grand "root canal/crown replacement" saga.  No problems on this visit, but now I'm at home and I am trying to drink a cup of coffee but succeeding in what I can only term as "slurging" the beverage since my mouth is still half numb.  I'm sure the faces I'm making while trying to sip would scare grown men.

Before my trip to the dentist this morning, I cast on the Ashton Shawlette using Colinette Jitterbug yarn in Whirley Fig.  My knitty friend Julie finished one last week (see it here by scrolling down) which she brought to knit night and I thought it was so pretty, I knew I had to knit one.  And seeing as how my Spider Silk lace shawl and I aren't really on speaking terms at the moment (and maybe never), I figured now was a great time to start it.  I've been bitten by that evil spider so many times that I put it aside last night because I simply couldn't bear to look at it any longer, even though I'm only about 40 rows away from finishing.  I'm considering using it as a designer dust cloth. 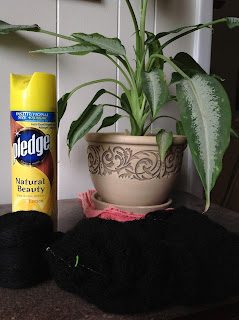 Last night after I flung the lace away from me, I picked up my Athos socks which I really hadn't done anything on since the last time I posted a picture.  The more I knit, the more I love these socks.  They are a good companion to watching Doctor Who on Netflix*.

I know I'm way behind here, but I just watched my first episode ever of Doctor Who a couple of weeks ago.  I started with the first series Netflix has, which stars Christopher Eccleston as the ninth Doctor.  I can see how this quirky show has gotten quite the following.  It is silly, but charming at the same time.  Of course, I figure most people who love the show are all a-twitter about the most recent actor who plays the Doctor, but I'm not there yet so I press on with Mr. Eccleston. 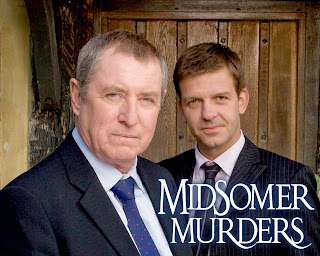 Doctor Who gives me a nice occasional break from my main Netflix diet of British murder mysteries.  Love, love, love them.  I started with Poirot and Miss Marple (of course - Agatha Christie is by far the best), then made my way through Inspector Lynley, Inspector Lewis and Rosemary and Thyme.  After a short diversion with Doc Martin (which I loved), I tried watching Rebus, a crime drama which is much grittier than the others.  Unfortunately, I'm not very good at following a thick Scottish accent so I haven't made it through the first season (even though I really like John Hannah).  My current fav is Midsomer Murders starring John Nettles.  There are tons more in my queue.  The British really know how to off someone.  I probably shouldn't admire this so much, but hey, if lace were a person...  I'm just sayin'.

*I am too lazy today to link each of the shows I mention in today’s post.  I’m also too lazy to properly cite them in the text.  If this bothers you, I offer you my sincerest apologies.