The Art of Pattern Writing

It’s been nearly a year since I learned how to knit and one thing I’ve learned in that time is that some people have a certain talent for writing a pattern for others to follow and others might get an “A” for effort but a “D” when it comes to clearly laying out what you’re supposed to do.  Now, I’m not a knitwear designer (yet), so I am speaking purely from the perspective of someone who has to follow another’s directions. 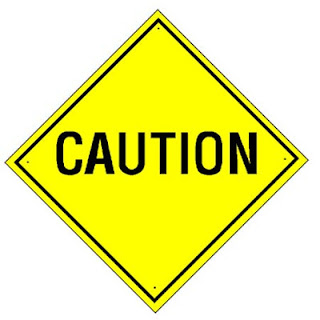 The first panic attack I had when reading a pattern was when I was knitting something my daughter picked out for me to make for her (a colossal mistake, but that’s a whole other post).  Panic ensued when I got to a point in the pattern where I saw this ominous-sounding warning: *Read this entire section before you begin.  That was a red flag right there.  I mean, who expected any kind of warning in a knitting pattern?  So, I did what it said.  I read the entire section.  That didn’t help.  It might as well have been written in Russian.  I recognized the words all right, but I couldn’t for the life of me figure out what I was actually supposed to DO.

Instead of hiding the whole thing in the back of my closet and telling my daughter that a freak act of God had occurred in which both the pattern and the yarn had been consumed by a rogue swarm of moths, I took the pattern to my – The Stitch Niche.  The manager of the place, Leona, is a bone fide knitting goddess, having great and unexplainable powers over all things knitting and shall hereafter be referred to as “Lady L.”  Just minutes later, Lady L. had translated the unrecognizable text into something I could actually understand and follow.  And there was much rejoicing… 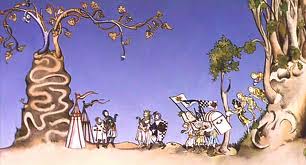 I have come to appreciate that warning in the pattern because I’ve learned that not every pattern writer chooses to insert a warning when there clearly needs to be one.  One pattern that shall not be named and never knitted again included a section where I needed to do two things at once in the same row but there was no warning and on top of that, activity #1 did not align properly with activity #2 and I ended up with two extra rows of #2 (double entendre intended).  No matter how often I laid the thing out on paper, two extra rows.  I managed to create two extra rows of #1 and the thing came out okay, but I won’t be in any hurry to purchase another pattern from that particular designer.  If I’m paying you money for a pattern, I don’t want to have to make edits other than adjusting the size.

More recently, I’ve run into a questionably written part of the pattern for the now infamous sleeve from my previous two posts.  Everything was going along fine and I got to the increases on the sleeve where I was to increase every X row Y number of times, and so on and so on.  Twenty-five rows later the pattern writer tosses in a “do this with each of the increases…”  Really?  You couldn’t have mentioned that before the 25 rows??

So today my fledgling sleeve and I shall make the trek to the to see Lady L. where we shall both receive much-needed encouragement and instruction.  And there will be much rejoicing…

P.S. – Thanks for reading and if you enjoy this blog, please share it with your friends!  You can use the box at the top of the page to enter your email address and get posts delivered right to your inbox!
Posted by Lisa at 12:33 PM