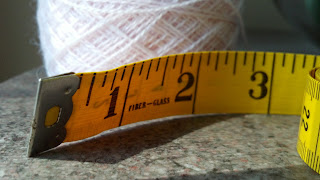 Knitting?  Who knits these days?  A year ago, when I thought about knitting, I pictured a wisp of a grandma sitting in her living room, busily working away at a tiny infant-sized hat that she’ll later donate to the local hospital for the newborns.  It was easy to picture this because the grandma in question is my husband’s and she has knit for like, EVER.  Her name is Eva and she is awesome, by the way.  But because of her longevity at the craft, and the fact that she’s in her 90s and I’m quite a ways from that (although not as far as I’d like to be), for over a decade I resisted my husband’s attempts to have Grandma teach me to knit.  I mean, I had other important stuff to do and I’m too young to sit and knit, right?  I tried crochet as a kid and never produced anything but a few ugly doilies that my mom set out to make me feel special.  And compared to the speed and skill with which Grandma produced lovely items, I was sure that my attempts would produce an epic fail.  No one in my family knit.  My own grandma was into needlepoint, which I tried but was never all that excited about.  Besides, who knits these days??

December 2011:  My son and daughter-in-law come for Christmas (they’re north, I’m south – long story, not relevant).  Lots of moms have issues with their daughters-in-law.  Mine rocks.  Seriously.  Anyway, shortly into their visit, I see Christine pull out…knitting.  She’s in her 20s.  Says she learned from some other women at her church.  Really?  Before you know it, we’re down at the local Michael’s looking at (read: buying) yarn and needles and accessories and…I’m learning to knit.

Little did I know then that I would become completely obsessed with knitting.  I have had at least one knitting project going at all times since last Christmas (the current count is four).  First it was scarves, then shawls and wraps.  In less than a year I've gotten into sweaters and little stuffed toys and…well, it really doesn't matter what, as long as I’m knitting.  I carry knitting with me in my purse.  Our beach bag we bought in two years ago while on our cruise?  Yeah, it’s filled with knitting.  My closet in the bedroom used to be stuffed with shoes.  Now it’s stuffed with shoes and yarn.  I learned it’s called my “stash”.  I also found a fabulous (that’s Local Yarn Shop – took me a while to figure that out).  It’s 20 minutes from home and they have a weekly “knit night” and offer free help and lessons all the time and oh, they also have gobs and gobs of YARN.  Really nice yarn made from fibers that actually come from nature and not a lab.  Yarn that, when you touch it, makes you all warm and fuzzy inside.  You shouldn't laugh unless you’ve tried it.  Go ahead.  I dare you.

They say you should blog about what you’re passionate for.  So, here I am.  Welcome.  Now if you’ll excuse me, I have to get back to knitting…

Let me know how you got started with knitting.  Or if you haven’t started yet, what’s kept you from jumping in?
Posted by Lisa at 11:29 AM